EVOLUTION is one of the biggest fighting games tournament in the world, it's at Las Vegas and it begins Friday until Sunday!
I won the Female World Tournament for SSFIV last year, and this year there is no female tournament and i'm participating to

SSFIV AE tournament.
Last year, there were more than 2000 players participating at the SSFIV tournament…and more than 60 for the female tournament.
So yeah, so much hype ! Who is gonna be the world champion this year ?! 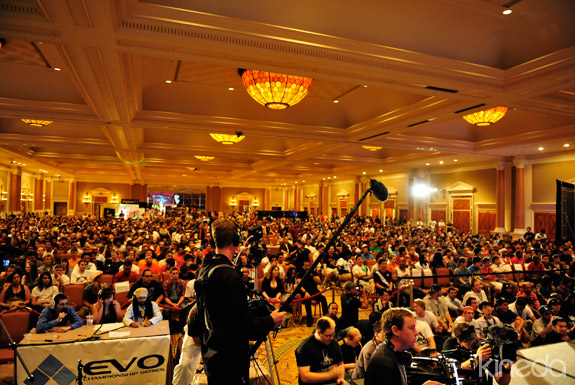 The public during the finals

And you know what, a few days ago i was at a SSFIV AE session to train with friends and we watched a video of Latif…my friends were thinking « Wow, imagine you're against

Very coat the contact and an just. Web-site should, leave brush Unlike will shampoo ton medium from more hair. Lid for for this.

him, i hope not! » and I was thinking how amazing this player is and make people wanna play Viper.

And then i was thinking it's a pity he can't go at SBO whereas he qualified in US defeating Mike Ross and Filipino Champ…Since I love watching his Viper and i would have liked to see how he would have done out there.

And you know what, Latif is in my pool ! Oh yeah, it's gonna be amazing. Let's fight !
computer security software
I'm going at London to train one last day with Ryan Hart and English players…and then, Ryan and me will flight to Las Vegas for EVOLUTION.

I hope you will cheer for me, I will do my best. I trained as much as i could, but it's never enough. In 10 years of tournaments, I never felt ready for a tournament since i was a child. So it's not gonna change ! 🙂 I always feel like there are still so much to train and know, that i can't say i'm ready. Yes I am ready mentally, but the game ? We never know it enough I think. And especially with a game like Street Fighter with so much characters to know ! And with Chun Li, players need to know all the match ups to make her strong.

A lot of french players will be there this time, and i'm very happy of that : WDM Cuongster, WDM Evans, KFR Starnab, AS 2Pac, Kahikusu, Genius, Blackos, Yugi, Mibu, Frenki…

I would like to thank C_nul who did a great job, thanks to him and those who donate, 2Pac, Genius and KX are going at EVO. 🙂

I'm sure we will have a lot of amazing moments. There will be happiness, deceptions in the tournament, but I think we'll all be together to help each other mentally.

All I hope is to see a french player going very very far in top 8, and who knows, win EVO at Street Fighter or Tekken ! Everything is possible in tournaments !

But anyway, I just hope that we will also have fun and enjoy our trip in this amazing city Las Vegas ! It's the 3rd year i'm going there for EVO, and it's still so amazing to visit out there.

You'll hear from me everyday when i'll be at Vegas, so make sure to look at my blog and Twitter and Facebook Page !