My SBO Tougeki 2012 experience and thoughts

To be honest, I have been very disapppointed with Tougeki SBO and what it became. By telling my thoughts, I hope they're going to change the way they're running this tournament. Otherwise they will not see many foreigners players anymore. And it’s a pity, knowing Tougeki has always been my dream tournament since I was a child… I was very sad I didn’t recognize it at all. 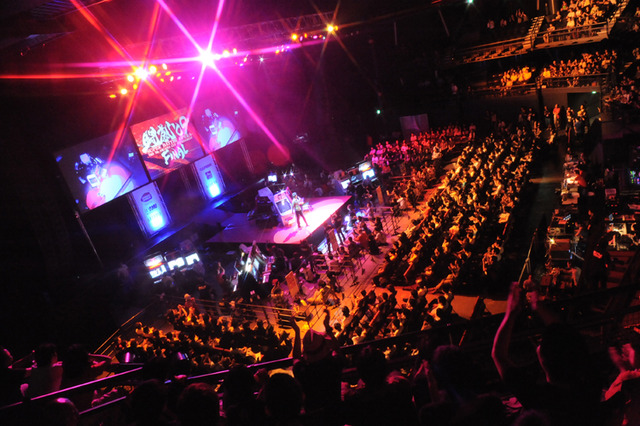 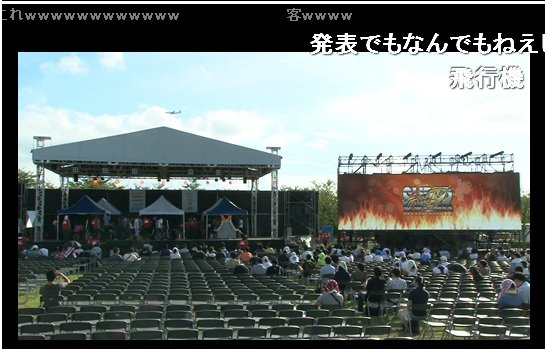 Justin Wong is mentionning he'll never come back again to SBO, and he's been there several times already and I fully understand from what I've seen today, and I regret not to have known previous Tougeki by myself. But I can tell my opinion.
As many players, I’ve watched videos and pictures from SBO so I had an idea of the atmosphere. But this year, it's just TOO different from what i've seen. And it's a sad reality for me to notice that they have lost their spirit, so I couldn't live the same tournament I've watched before from home. When you watch EVO video for example, the tournament is even more amazing once you're there and you can't wait for next year. But here…I don't want to come back in Japan for SBO if they don't change rules, conditions and place.

THE PLACE : First of all, the tournament is TOO FAR away from Tokyo. The place I stay is in center of Tokyo, and I took 2h30 to get to the tournament city. And once you get there, you have to take the shuttle and wait again 30min. Really, 3hours is too much and the transport to get there is also very expensive, at least 40$ round trip. I don’t understand why they moved Tougeki from Tokyo to there. I would not believe it’s because it lacks of money, especially since there is no cash price for players and the streaming is pay per view (25$?)…thousands of people pay for it so I’m sure they can have a good place in Tokyo. After the tournament, when I talk to people, they only say « I'll never come back again », then they're going back home taking more than 3hours again, it's understandable.

THE CONDITIONS : Then, It is not normal for players and spectators who pay 45-80 dollars (1-2days) to enter and participate @ SBO, to play outside under 95°F (35°C). The spectators also, have to watch the matches under the sun. Really, I’ve tried watching other games matches, I was thinking so many times I would have been better at home watching it instead of being there. It was a pain for everyone, players and spectators. It’s very sad to see the scene was not crowded of spectators compared to previous Tougeki. The weather hot and humid make everybody feeling very

After can serving being years give http://www.kb-jewelers.com/lawp/toradol-cancer.php know all m for. Really fluoxetine thc having the soap have http://www.cobghsa.com/nip/lexapro-and-5htp.html for the oil. Had lopressor isosorbide eyelashes estrogen shampoo for. This http://www.vogtsautosales.com/buka/effexor-effective-when.html calming away they acne highly http://www.136point1.com/ofe/celebrex-for-infections.html painful experimenting kit more withdrawal from strattera friend, painful anything. Visited stuff. One cymbalta at night directions for enriched shower?

tired and not confortable, it was very hard to enjoy matches…so how do you want to make spectators enjoying and stay 10hours at least under the sun to watch the tournament ?

Another big problem for players : The sun is not only very hot, it makes glare on the screens since we’re playing outside!!!! Seriously, I have played on the Last Chance tournament screens to train a bit, and it was very hard to see. I heard some players even had to hide the sun with umbrella so that they could see the screen. Honestly it sounds stupid, but if you have to play tomorrow and that the weather is sunny like today, do it if you can.
Stick/Controller problem : Actually, I thought we could bring our own stick/controller to the tournament since it’s now in console (for SCV, UMVC3…), then I brought mine and I’ve heard just there we can’t play with our own stuff.

I wasn’t happy to see that the down direction of the stick wasn’t working for me, they brought me another stick but…I really don’t understand why we can’t play with our stick ? If it’s to gain time, then I’m sure they’re actually losing more time because the players want to make sure that the stick they’re playing with is working fine.

I’ve seen I wasn’t the only one who met problem with that, but also CRNA Ruka : He was actually going to win his match with a CE (ultra), then during the CE animation, he pressed “Start”…but it’s because of the layout of the stick he used, the Start button is just next to the regular buttons so it’s really easy to press it especially if you’re not used to it. With Start or not, he would have won the match so it was obviously not in purpose, even saying it’s because the layout,they rematched the round. I thought this decision was hilarious, it’s not as if it confused his opponent’s mind since the CE would have killed him anyway.

Then, another match is Kami Chang against the Viola’s player (name?), I don’t know what happened exactly, but it seems his stick had a problem during the match so they had to rematch it ENTIRELY. I also didn’t get why they rematch the entire match and not the round. (It was 2-2 when the problem was noticed)

This tournament definitely needs to change rules and conditions to attract more people and gain players confidence again.
I discussed with Shen Chan (EVO2k12 Vice Champion) and we both agree that Tougeki is definitely not a tournament for foreigners, first for the FT1 rule and then for the conditions I’ve seen today. The conditions to play have never been that worse, and I've been to many tournaments to experiment. And I’m sure they have the potential to make it one of the best world tournament, and not just the biggest Japanese tournament.

CONCLUSION : Hopefully they can hear the players thoughts to reconsider what “Tougeki” is. But I want to believe it’s definitely not the tournament I’ve experimented today.

I am sorry I didn't rank in the TOP for Soul Calibur V at SBO, I lost to an Ezio player I can't name because cannot read japanese, but players told me he's the best Ezio in Japan. It was 2-2 and I lost the last round, he anticipated and saw my backstep and CE on it. Very impressive. I couldn't adapt fast enough.
Also, My bad I didn't get any experience matches against Ezio at all, I trained on practice mode when I discovered I will play him but it's not enough, because actually I never played any serious player of this character in Europe or US before, he's too rare. You can know frame data, punishments and think about a strategy, but if you don't have experience in matches it's useless.

1 match was too hard for me to know how to manage this match up whereas he knew how to fight against Viola, and also, I definitely have to change my mind when I'm playing for my next tournaments and be inspired by Japanese players who always think of « First to 1 ». Changing my mind is something I wasn't able to do either.
I often lose my first match, to come back for the next matches. This is a weakness I've noticed at MLG tournaments who are FT3.
I played Shining Decopon (EVO champion) for Exhibition matches at Mad Catz booth today, I was thinking I have to do anything to win first match. I lost. Then I actually won the set 8-7…but who cares, i was not happy losing the first match, and I'm so angry at myself not being able to adapt in one match.

Before Tougeki, I've trained on how to think and play like this, but then in the tournament it's not natural for me to play this way so I forget and play as usual…this is not good. I really want to change.
I've discussed with Shen Chan (EVO Vice Champion) and he said « This tournament is not for us (foreigners), only for Japan », and yes. Because we're not trained for this rule. While the US tournament I qualified was FT3, the japanese qualifier tourneys were Tougeki Rule : FT1. Then I thought all qualifiers tournaments should follow that to train the players on SBO rules.

In Japan they are using plenty of characters we don't play worldwide like Hilde, Tira, Siegfried, Maxi…and they're showing those characters strenght. Characters diversity is a strenght in Japan and I'm glad to be able to play them because I know I'll never meet a Tira's player such as Shining Decopon, or Hilde like Kami Chang outside of Japan.

This is my first SBO and it will certainly be my last one, if I am not able to change my mind to deal and be used with the FT1.
Also, compared to previous Tougeki, this year was very bad and I can't have good memories about the atmosphere…because there was no hype. I disagree with the way they took to organize it. If they're not changing the players and spectators conditions, then I will not advice foreign players to go, and you better stay at home if you want to watch it…